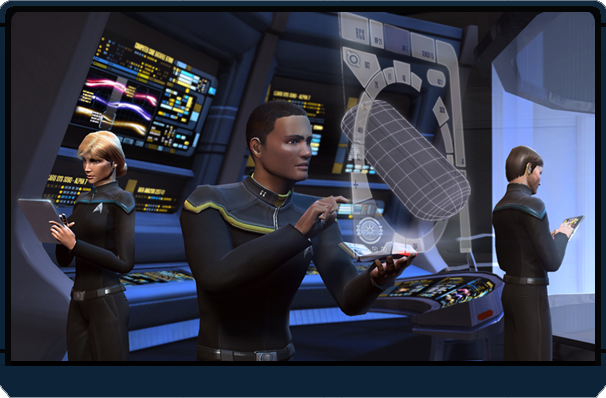 2014 has been a major year for improving existing Star Trek Online game play, and Season 9.5 continues pushing in this direction.  We’re excited that this update will focus on crafting.

In this release, the STO dev team has completely reworked every element of crafting in the game.  We started by looking at how crafting materials are acquired.  While you will still be able to harvest in missions, we are introducing more ways to earn valuable materials.  We moved on through the whole process of crafting, introducing multiple schools for captains to level up in, a new user interface, and even new abilities for crafted gear that are not found in dropped loot.  Since duty officers play a part in this new crafting  system, we also took the time to give a facelift to duty officer user interface.

Our goal is to have a crafting system that our players enjoy and are excited to use.  We’ll be providing detailed dev blogs on each aspect of the new system over the coming weeks, explaining how the system works and the reasons behind our choices. Be sure to keep an eye on the game news when you are not busy powerboarding on Risa during the summer event.

Season 9.5 will be on Tribble soon and will be live in late July.

Discuss in the forums