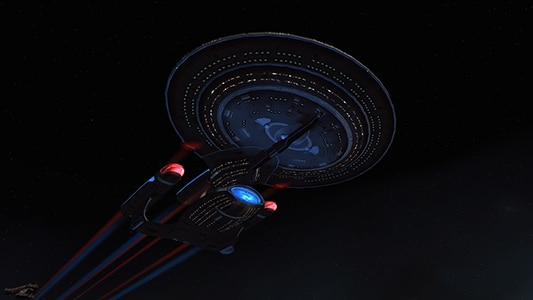 The first time the Galaxy Dreadnought was introduced to the franchise was in the series finale of Star Trek: The Next Generation titled “All Good Things.” I don’t think any of us can forget the visual of a high speed Enterprise-D decloaking and vertically charging towards the Klingon vessel that was set out to destroy Captain Picard and the TNG crewmembers onboard the U.S.S. Pasteur, firing a massive phaser beam out of the Spinal Phaser Lance, obliterating the KDF Vessel with one powerful shot, and speeding through the debris with 3 nacelles on its back. Such a strong scene has certainly remained one of the most memorable in all of TNG lore. 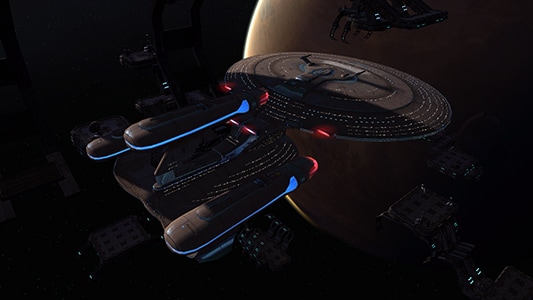 We are pleased to announce the release of the Fleet version of this powerful Federation vessel.

Below are the base stats for the Fleet Galaxy Dreadnought: 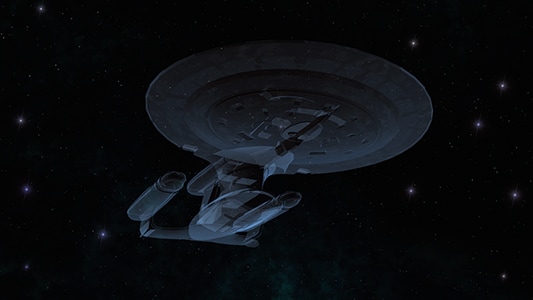 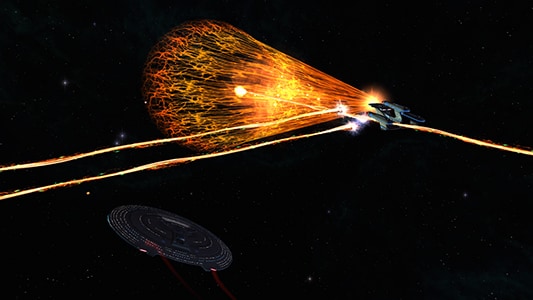 The Fleet Dreadnought is also capable of equipping the following:

NOTE: Details are subject to change. 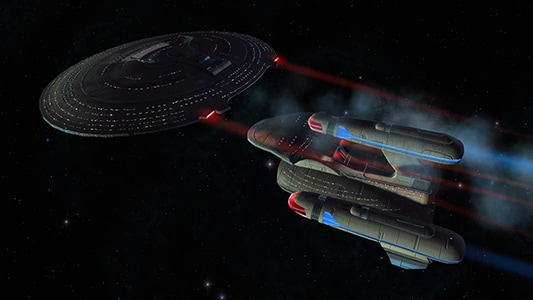 The above ships will become available around 10AM PST next Thursday, March 6th, 2014.

We hope that you enjoy the addition of the Fleet Galaxy Dreadnought to STO, and we look forward to seeing many of these fine vessel in-game!

Discuss this in the Forums