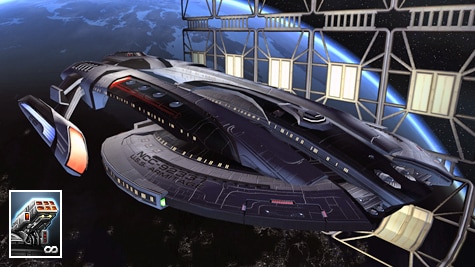 One of my favorite starships in Star Trek is the Akira class; it’s certainly a fan favorite as well. When we first developed Star Trek Online, we made the Akira a Tier 3 ship -- we did this because it was an older ship and the newer Defiant and Prometheus class ships just made more sense for Tier 4 and 5. Over two years later, fans still want to fly this icon at Tier 5. A few months ago, we released a Refit version of the Akira: the Thunderchild. The Thunderchild is beautiful; it looks just like a muscle car. And it comes with a really popular console: the Point Defense System. But, it is still a Tier 3 ship.

It was only a matter of time before a Tier 5 version of the Akira was to be made available. The fans wanted it, and we wanted it. However, the Thunderchild would be hard to top. The look of the ship was the subject of much debate here at Cryptic. Should it look more like an Akira or a Thunderchild? What would a modern Tier 5 Akira look like? We eventually decided on an evolution of the Thunderchild, but made it look bigger, tougher and even more aggressive. But, we also know many fans would still just want a pure Akira, so we decided that the Tier 5 variant should come with the traditional Akira costume option, as well as the Oslo and Zephyr. The Thunderchild costume is also supported if the player owns the Thunderchild ship. 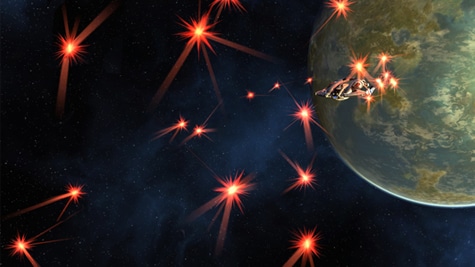 Picking this ship’s abilities was a little harder. We talked about it for months. The designer of the original Akira, Alex Jaeger of Industrial Light and Magic, said he envisioned the Akira to be a “Carrier/Gunship” loaded with torpedo launchers. On the original model, he even loaded the weapon pod on top with 10 torpedo launchers! This was never quite seen in action on screen, and a design like that seemed way over the top for a Tier 3 ship in STO. But now, two years later, we think it is time to let the Akira fulfill its destiny.

We are very proud to present to you, the Tier 5 Federation Heavy Escort Carrier: Armitage Class.

Here are some details on the Heavy Escort Carrier stats: 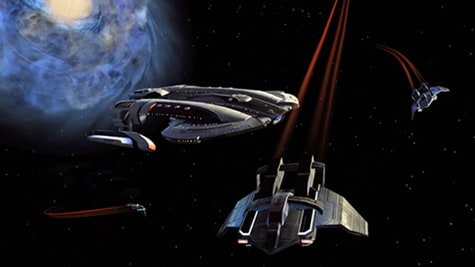 The Heavy Escort Carrier: Armitage Class is absolutely stunning, and we can’t wait for you to be able to fly it. It will be available in the C-Store for 2,500 ZEN following server maintenance this Thursday, June 14th. Also, for those unfamiliar with how to command a carrier, check out this Dev Blog.

Patch Notes for 6/30/22
Check out all the exciting changes coming to Star Trek Online in our latest patch notes!
Read more
A Brand New Shi'Kahr!
The Shi'Kahr model will soon be receiving a visual update, bringing it in line with STO's current style and quality of art.
Read more
Become One with the Cnidarian Defender!
The Cnidarians have lent some of their craft to the defense of The Khitomer Alliance. You can earn one of these craft as part of this year's summer event!
Read more