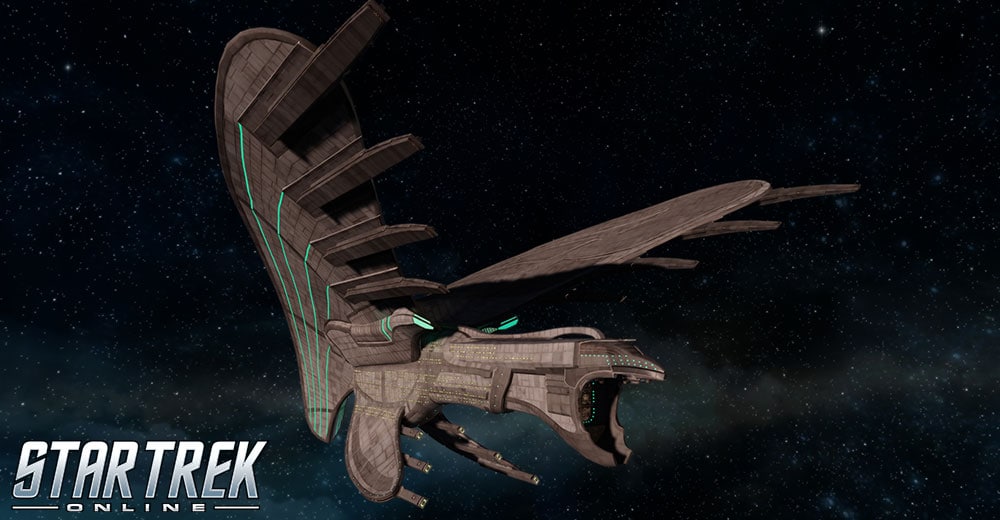 The first iteration of this design was created by the Romulan Star Empire to serve as the flagship of the Praetor at the time. Although the Empire eventually gave way to the Republic following the devastation caused by the Hobus Supernova, effective and stylish designs such as this one are not easily abandoned. In the modern era, it has been refitted with the latest in powerful weapon arrays and subsystems to complement its excellent communication and coordination systems. This brand new Romulan Starship from Star Trek: Strange New Worlds is coming to Xbox and Playstation on December 6th! It’ll be available as part of an update to the Infinity Lock Box.
Continue reading further on for the full details on this new starship offering!