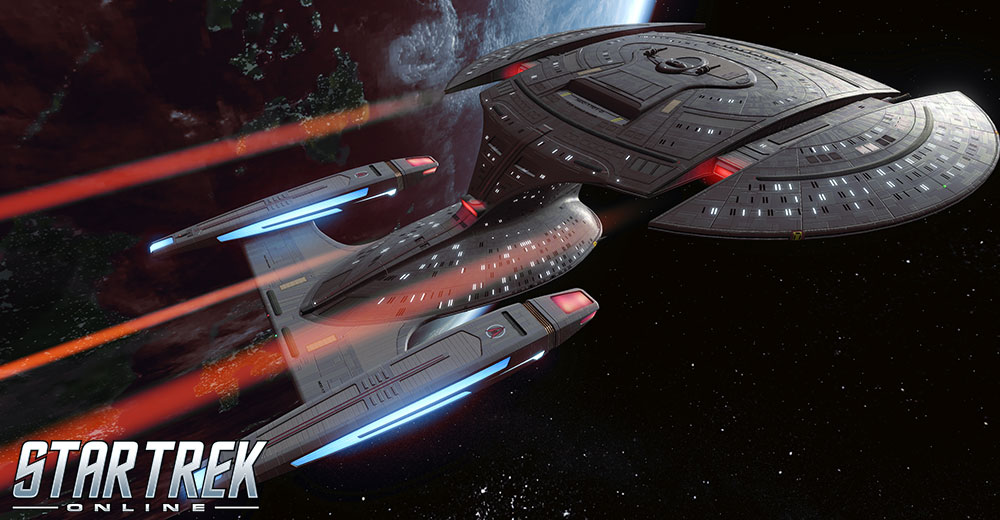 The Worldrazer carries with it the pride of the Confederacy. To a people who root their identities in domination, there can be no such thing as self-satisfaction. Joy is torn only from the vanquished. New foes must always be sought and subjugated, the doing of it made a collective spectacle to entice the battered remains of the human spirit to slouch into a semblance of life, animated by hatred of the different. In so doing the violent nation can create a grand arena of the wilderness, lay all the bitter fruits of a life of anger at the tree of the eternal other, and cheer the chopping of the forest. The people need not be cared for in this model of state, saving resources that can be fed back into the war machine, fueling the cycle. To captain the pride of such a navy, to wield the axe of spectacle and conquest, is to live as a titan astride history. The survivors and ghosts agree: there is not and will never be a man greater than the Confederate Jean-Luc Picard, nor a ship greater than his.

Continue reading further on for the full details on this new starship offering!

The Worldrazer Juggernaut comes equipped with a Worldrazer Juggernaut Array that can be activated. After a short charge up time, this built-in weapon fires a massive blast of Phaser Energy directly in front of your starship, disabling and massively damaging anything that survives contact.

Activating this Console delivers the Foe a tremendous beam of Phaser energy, dealing Damage over Time that improves significantly after the first few moments. If the Foe is destroyed, it suffers an instant catastrophic core failure, dealing a large amount of Kinetic damage to all nearby Foes.

It is regrettable that other powers in the galaxy continue to oppose the Confederacy. At times, an example must be made. It is not enough to simply live in peace and demonstrate a better way of life -- the light of civilization must be tempered in the forge of violence, quenched in every dim corner of the cosmos, and the path to prosperity under human domination marked with the wreckage of alien leaders.

This console can be equipped in any starship, in any console slot. You may only equip one of these consoles on any single ship.

This console provides a bonus to weapon subsystem power and crit severity against low health foes. 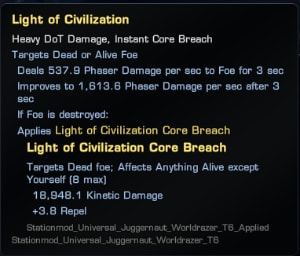 Activating a Weapon Firing Mode improves Damage dealt for a moderate duration. Dealing Weapon Damage to a Foe that has afflicted you with a Control, Debuff, or DoT effect removes one such effect and improves the increased Damage to double the base value. Removing negative effects has a 1.5 second cooldown per Foe in PVP.

One must truly immerse one's self in the culture of one's enemies. It is not enough simply to overwhelm through superior firepower, for that only brings physical victory, and only then to battles that were already won. True brilliance, true victory, comes from taking your enemies' spirit into yourself, growing from it, and using your gestalt superiority to crush them. Take what you can from them, and show them that their best selves aren't the tenth part of what you are. In the doing of this, the display of it, they can be brought to heel in not just one battle, but all the battles to come.

PC Patch Notes for 2/2/23
Check out all the exciting changes recently made to Star Trek Online in our latest patch notes!
Read more
Save 35% on Legendary Items!
Save 35% on all of the Legendary Bundles we've released so far, including the returning 10 Ship Bundle, on PC!
Read more
Admiralty Bonus Event!
Captains on PC can earn bonuses to their Admiralty Projects this week!
Read more