Command a Romulan Ship on Any Captain! 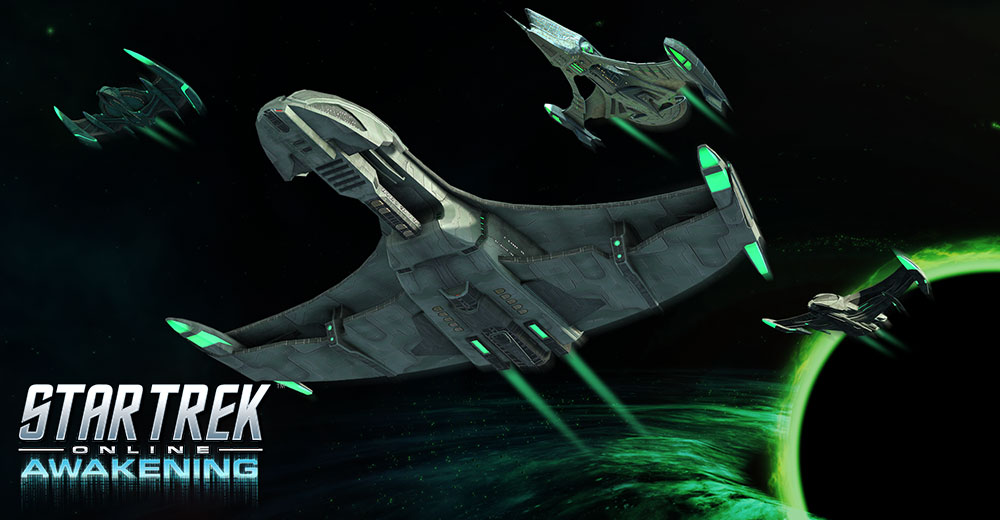 Very soon, Captains among the ranks of the Federation, Klingon, and Dominion factions will be gaining access to most of the Romulan Republic’s fierce fleet of starships. This includes many legendary Warbirds, and a number of other Romulan starships. Though these vessels have been restricted up until now, the galaxy is heading in a direction of increased cooperation and sharing of technology, and the Republic has been benefiting from those arrangements for some time. Their leadership has decided it’s time enough to return the trust that has been shown to them, and allow their trusted allies the opportunity to test out their Singularity technology and specialized starships.

We will be removing the faction restrictions on nearly all starships that have been previously restricted solely to the Romulan faction. Any ship previously available only to Romulans will now be available to any member of Starfleet, Klingon Defense Force, or Dominion Vanguard, as long as they have completed their faction’s Tutorial experience (and, if applicable, traveled to the 25th Century).

Ships from the following list will remain restricted to Romulans only:

Once this change has gone live all other ships, if not listed above, can be obtained and/or purchased from their normal sources, regardless of your faction affiliation.

Soar upon the wings of the raptor alongside your allies within the reborn Romulan Republic, and join them among the stars!

Infinity Promo Packs Return!
The Infinity Duty Officer and R&D Packs are returning for the next four days, and are 20% off! Get a chance at a T6 Starship, including La Sirena!
Read more
PC Patch Notes for 8/13/20
Check out the exciting changes coming to Star Trek Online in our latest patch notes!
Read more
Junior Officer and R&D Weekend!
Get a bonus to your Research and Development Projects and Duty Officer Assignments this weekend on all platforms!
Read more