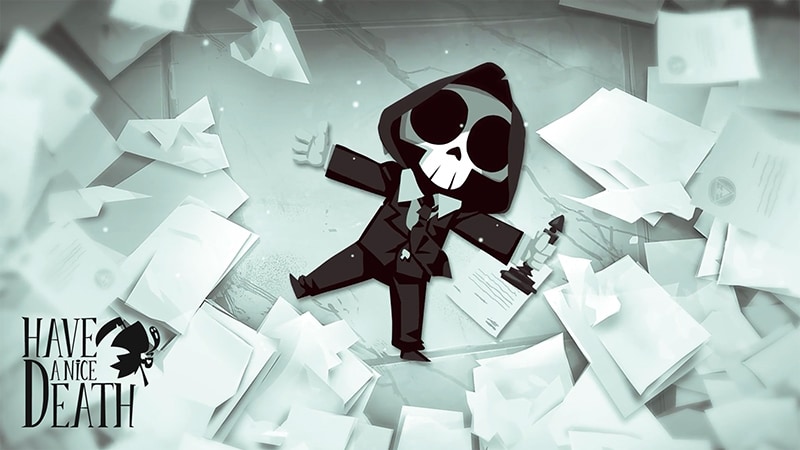 A Note from the Developers

Greetings Mortals,
We wanted to officially welcome you to Death Incorporated, home of Have a Nice Death.
When we first came up with the concept for this game, we knew we wanted to create an unforgettable Roguelike experience with our own dark and charming twist. We brought this vision to life by melding detailed animation with top-class action gameplay.
We understand that achieving this goal will not be possible without the support of our community. That’s where Early Access comes in. This pivotal stage in the game’s life cycle will be used as a method of refining Have a Nice Death in tandem with our growing community. Over the course of Early Access, we’ll be gathering feedback directly from our players to help shape the game.
As you explore the halls of Death Inc for the very first time, we wanted to remind you that this is just the beginning for Have a Nice Death. Throughout the coming months, we will be releasing regular content updates which add new Mortality Departments, enemies, weapons, curses, spells and other surprises!
We could keep talking about Have a Nice Death until we’re six feet under, but instead we’ll let you hop into the game before the paperwork piles up.
Thank you for taking the time to explore Death Inc and we sincerely hope you Have a Nice Death!
-Magic Design Studios

Have a Nice Death is a hand-drawn 2D Action Roguelike where you will assume the role of Death, Founder and CEO of Death Incorporated, the massive underworld organization responsible for processing souls in the afterlife. As the company’s fearless leader, you will explore the darkly charming, procedurally- generated departments of the corporation’s headquarters to round up and rehabilitate rogue employees who have been ignoring company protocol and snatching up far too many souls on Earth. Getting the department bosses—also known as Sorrows—and their minions under control, however, is a difficult task and will require multiple runs to complete. Luckily, you'll have an arsenal of weapons, spells and special skills on hand to get the job done. 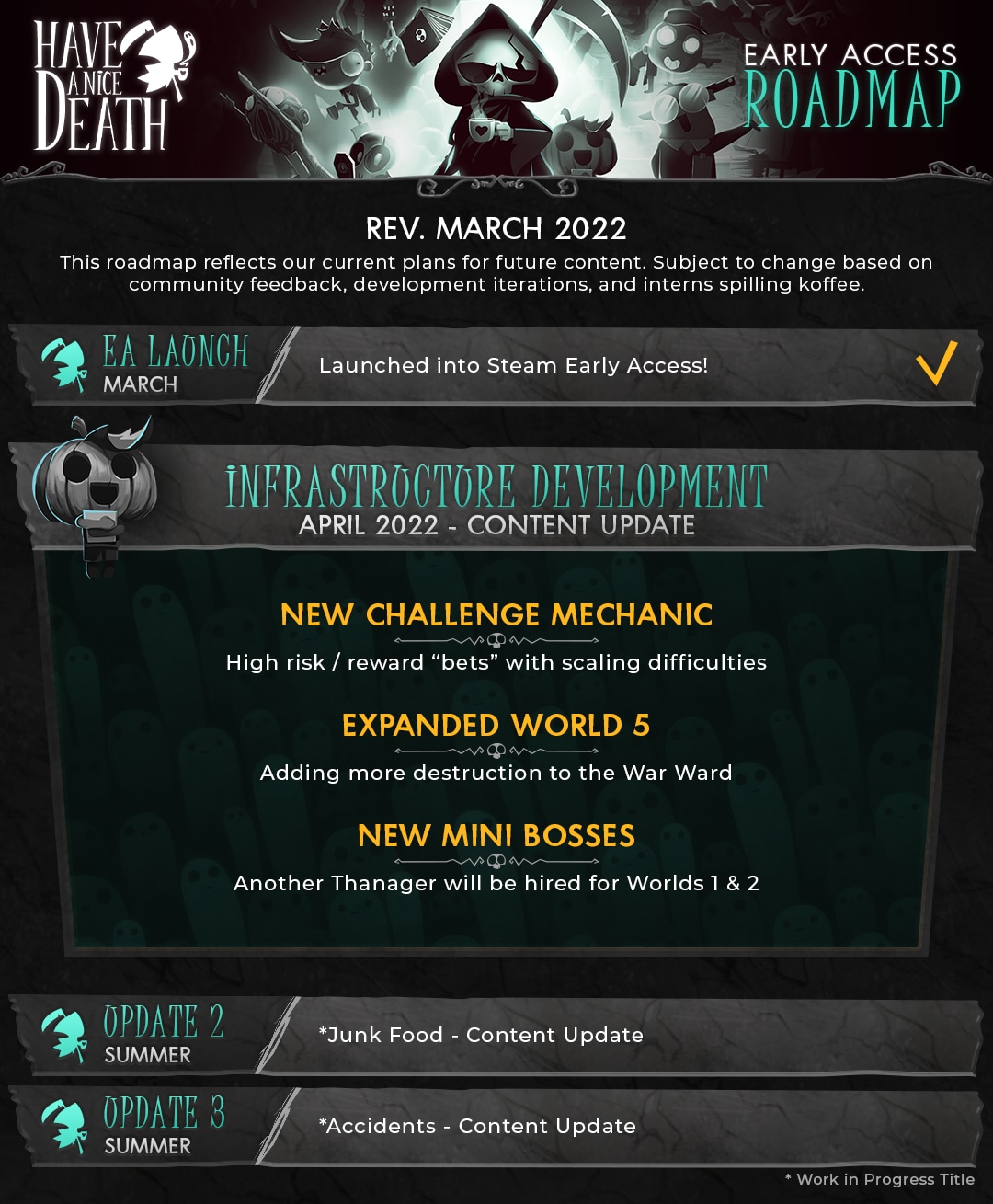